Why breakthrough performance isn’t where you think 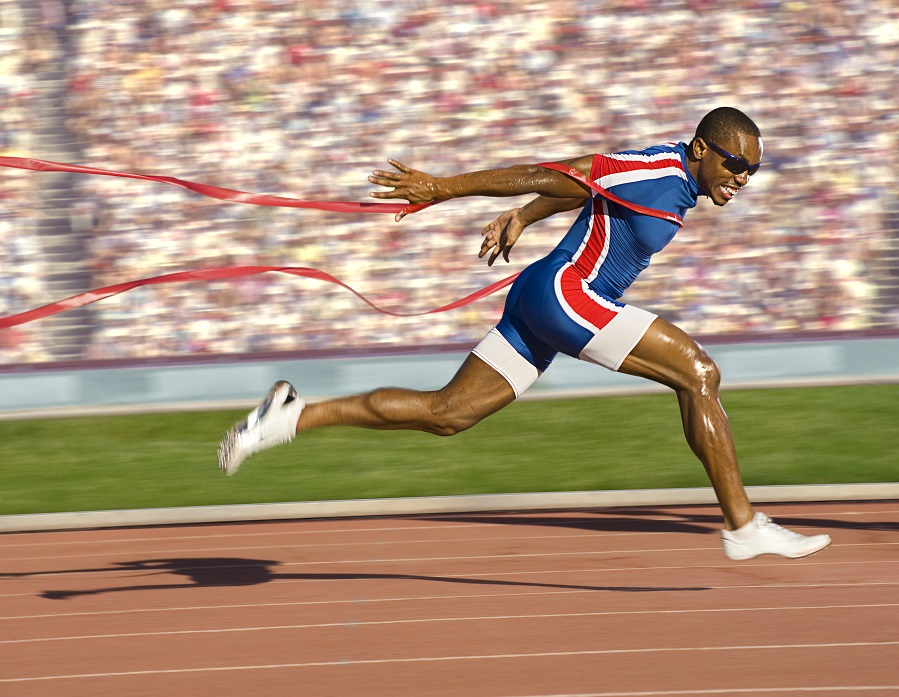 Why breakthrough performance isn’t where you think

The term “breakthrough” refers to a significant or sudden advance or development.

We often think of breakthroughs happening in areas such as scientific research or in athletic endeavours, but breakthroughs in performance can happen to all of us in our business, professional and personal lives.

The key concept is that it’s a rapid and significant advance in performance, rather than an incremental change. So, if that’s what it is, how can you achieve it?

Well, the thing is… it’s not where you think it is.

Where you’re looking isn’t where you’ll find it

You see, if you’re like most businesses you’re already focused on performance. You set goals and targets, measure what you do and then manage the outputs against target to deliver results.

This is all good, and it’s at the heart of good management for any business.

But that’s not where you’re going to find breakthrough performance.

Think of it like this: you already know what you are doing. You are also aware of what you should be doing (even if you are not currently doing it right now).

So our focus is “how can I improve X” or “I need to start doing Y”.

This all comes from a frame of awareness.

However, the potential for breakthroughs coming from your current awareness is limited.

Breakthroughs come from what you don’t know

Real breakthroughs, that is a rapid and significant advance in performance, come from what you don’t know. 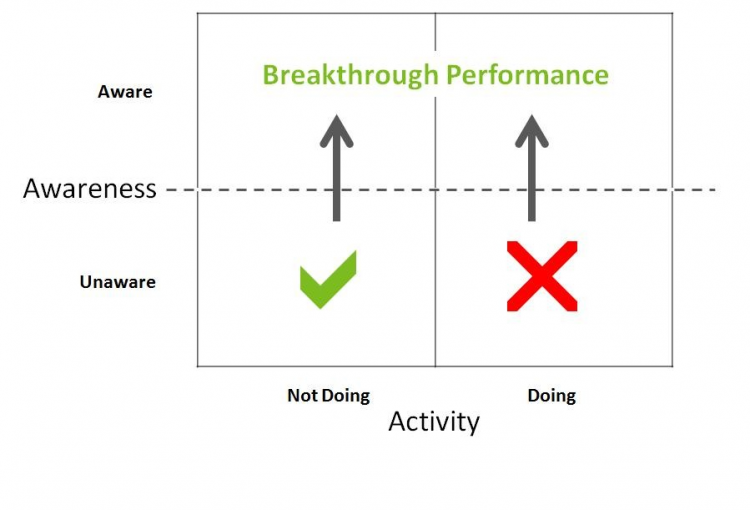 The illustration above is useful to keep track of this as it can become a bit of a mind-bender.


Often, the quickest wins will come from what you don’t know that you are doing.

An example in business might be that you are giving away (or more often undervaluing) an element of your product or service which you could be charging for (because “it’s always been that way”).

Or, as a business leader, you’re behaviour is negatively impacting on your team and holding back greater performance levels, but you’re just not aware of it.

These example are all things that, if you stopped doing them, you would see a significant and rapid advance in performance.

Why? Because stopping doing something will have an immediate impact.

In many ways it’s far easier to stop doing something that’s negatively impacting performance than it is to try to improve on the positive things that you are doing.

Here’s an example from a client that shows how this can be a powerful area for breakthrough performance.

My client was struggling to get traction in a new market that was of strategic importance to the business. Despite a significant investment in marketing the results were non-existent. This was even though they were having great success with the same service proposition in an adjacent market. Clearly, something was wrong.

We decided to investigate and conducted a rapid audit of perceptions with key stakeholders and influencers in the target market. Of the insights we uncovered, one was that the description used for the service has a negative impact with the target audience – it basically turned them off completely.

Armed with this new information, we ran a new marketing campaign with a subtle shift in the description and copy used by omitting the negatively perceived wording.

Where previously there was not traction over months, we now saw positive results within days, which subsequently turned into a significant pipeline of opportunities in the new market. A true breakthrough in performance – by just stopping using a few words.

What do you need to start doing?

Another area where opportunities for breakthrough performance are hidden is in the things that you don’t know that you’re not doing (I know, I did say it was a mind-bender).

Of course, this can sometimes be the flip-side of the things that you are unaware you are doing.

An example, again from sales, to illustrate this could be something as simple as agreeing the next stage in the sales process when you are at the first stage.

I cannot tell you how many salespeople (and entrepreneurs) I have met who don’t do this simple step.

So, let’s say that your sales process typically involves an initial meeting (needs analysis) and then a second meeting to present a proposal. If you know you will need to have a second meeting with a prospect then agree a date and time while you are in the first meeting.

Taking this simple extra step builds commitment (or uncovers early resistance) as well as saving a heap of time chasing a prospect for a date and time. In short, if you know what the second step is – agree it when you are at the first step. Sell the next step of your sales process first.

I remember mentoring a client (the owner of a boutique consulting firm) who they had a huge opportunity to pitch a whale of a prospect that they had been pursuing for over 6 months.

We sat down afterwards to review how things had gone and my client was telling me about how it was an excellent meeting, how she had all the key players in a room and they were really excited about the presentation she gave.

Suddenly a blank look came over her face as she realised that she simply left the meeting on a high and forgot to agree with the prospect what the next steps were.

Opportunities such as that can be huge breakthroughs, with a major client win having the potential to transform a business.

There are many other examples of businesses and people not doing something that would have a significant impact on their performance just because they didn’t know they were not doing it.

So, there you have it. The secret to creating breakthrough performance is simply becoming aware of:

Of course, the difficulty for all of us is becoming aware of these things. As they say, “you don’t know what you don’t know.”

Time to get an external perspective

If you find yourself struggling with performance in any area of your business, professional or personal life then its time to get an external perspective.

If you find yourself revisiting the same issue or are aware of the same patterns returning then something is happening that you’re not aware of. It could be an unconscious behaviour or a step in a process that’s missing or just not working.

Either way, get an external perspective.

That could be through hiring a business coach or mentor, or just sharing ideas with a colleague. It could be from reading articles in your sector for best practice as well as insights from outside your own industry or domain of expertise (which can be a fertile ground for huge breakthroughs).

From a personal development perspective, 360° surveys can be useful for uncovering negative behaviours you are unaware of. And a similar approach with customers will uncover blind-spots in your organisation where great gains can be made.

It’s not to say that it’s impossible to “figure it out” on your own. It’s just that more often than not an external perspective can get you there so much faster.

Often, when someone points out what’s missing or shines a light on what you’re doing, it’s when we all have that “a-ha” moment.

Recently I was in a meeting with an entrepreneur talking about his strategy for growth. He had been going around in circles for several months trying to reconcile a couple of conflicting visions for his business. The problem was in the level he was thinking about his business, which wasn’t helping him visualise how he could solve the dilemma.

Very quickly it was clear to me what was happening and I gave him a new perspective on how to approach the problem.

The entrepreneur went quiet and then said “You know, what you’ve just said in the last 2 minutes has summed up to me exactly what we need to do. It’s a challenge that I’ve been getting nowhere with and wasting time on for too long.”

In the end, breakthrough performance doesn’t have to be hard. Often, the little things have the biggest impact.

It’s just that you probably don’t know what they are… yet.

If you’re currently stuck or unsatisfied with current performance – contact us to find out how we can help.